Cookie preferences
This website uses cookies, which are necessary for the technical operation of the website and are always set. Other cookies, which increase the comfort when using this website, are used for direct advertising or to facilitate interaction with other websites and social networks, are only set with your consent.
Configuration
Technically required
These cookies are necessary for the basic functions of the shop.
"Allow all cookies" cookie
"Decline all cookies" cookie
Amazon Pay
CSRF token
Cookie preferences
Currency change
Customer recognition
Customer-specific caching
Individual prices
PayPal payments
Selected shop
Session
Comfort functions
These cookies are used to make the shopping experience even more appealing, for example for the recognition of the visitor.
Note
Subshop
Statistics & Tracking
Affiliate program
Facebook Pixel
Google Analytics
Track device being used
Categories
Information
Filter
Close filters

1 2
No results were found for the filter! 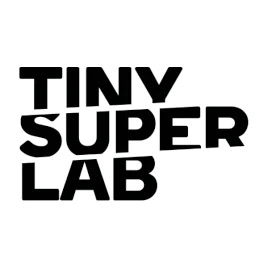 Pololu Romi 32U4 Control Board 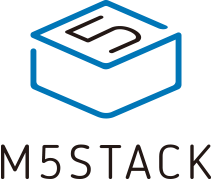 Robots will already be used in many private households in the 2020s; a few decades ago, only the boldest optimists would have expected them. Both in the home and in the garden, the digital gadgets are proving to be practical little helpers. Often, the corresponding modules can be purchased in electronics stores, but those who cultivate a passion for IoT projects or would like to develop an affinity for this area can simply build a robot themselves. Especially with regard to programming, much more influence can be exerted in this way, so that the robot and its entire functionality can be aligned with one's own individual preferences. The great advantage of robots is that they work extremely reliably. This is because all the actions that a robot is supposed to perform have been defined by humans beforehand and programmed accordingly. Errors can therefore be almost completely ruled out. Would you also like to dive into the world of robotics? Our tip: At Berrybase, you can buy high-quality kits and a variety of relevant accessories online at low prices.

Build robots yourself: Anyone can tackle these Maker projects

Smart home devices are far more affordable these days than you might think. Nevertheless, it has its own special appeal to construct robots and smart home modules yourself. So it's not particularly surprising that the open source and maker scene is currently growing very strongly. Especially since it can be comparatively easy to build your own robot or at least your own smart home gadget. So you don't have to be a proven tech professional to be active in robotics. Moreover, the (financial) effort in terms of hardware is rather manageable for many projects. Many Maker projects can be realized with a mini-computer such as the powerful and flexible Raspberry Pi and a few other components. For a classic robot with a two-wheeled chassis that can move independently and avoid obstacles thanks to sensor control, you only need a handful of hardware components. In addition to a Raspberry Pi, you will need a robot kit with wheels, a power bank with a capacity of 10,000 mAh, batteries (1.5 V), a servo motor, resistors, a breadboard, a jumper cable, various sensors, soldering utensils and hot glue to fix the various parts. The robot can then be operated with an infrared remote control. All modules can be ordered cheaply from Berrybase's online store. But this project is by no means the end of the line. Especially if you use a Raspberry Pi for your robotics projects, there is a whole range of possible variations and extensions. For example, you can equip your robot with a GPS receiver or a face recognition sensor to increase its range of functions. You can also equip the robot with a microphone to control it via voice commands. As already mentioned above, the term "robotics" is broad and also includes systems that do not travel any physical distance or move in any other way - keyword "smart home". Numerous households in Germany are already equipped with intelligent devices that operate via WLAN and can be conveniently controlled by smartphone. What many people don't know, however, is that many smart home devices can be built with relatively little effort. There are plenty of examples: How about your own weather station? Besides a Raspberry Pi, all you need for this project is a temperature and humidity sensor, a barometric pressure sensor, a small display, a jumper cable and a breadboard. After all modules have been connected properly, you only need to set up the correct program code and let it run. The language used in this case is Python - more information on this can be found below. Even outside your four walls, self-built smart home devices can turn out to be practical little helpers. If you have a green thumb, for example, you can use a Raspberry Pi, a wireless socket, plant sensors and various other hardware modules to create an automated garden watering system.

How to program robots yourself

One of the fundamental components of programming in robotics is the program code. This contains all the instructions that the robot needs to execute the functions assigned to it. In order to be able to understand the code, appropriate knowledge is of course indispensable. One language that is used particularly frequently for programming a robot is Python. The platform-independent programming language is also used in the project described above. It is no coincidence that Python is so popular. The language is not only easy to read and learn due to a rather small language core. It also allows an extremely flexible application. This is due to its aspect and object oriented programming language style. Acquiring some Basic skills can be very helpful for your Maker projects. If you want to program codes yourself, you can hardly avoid learning the language from scratch - no matter if self-taught or in an (online) course. But other languages are also regularly used in the field of robotics, including the programming language C++. This is characterized above all by a high degree of efficiency and is used both in application programming and in system programming. Especially in connection with the popular physical computing platform Arduino, C++ proves to be an indispensable component, because almost all source files used in the Arduino IDE are written in the programming language. If time or other reasons do not allow you to learn a new programming language, we have good news for you: In many project tutorials that you can find online, all the necessary codes are provided completely - and for free. So you can put all your energy into configuring the hardware.

Understanding technology with robotics: a great experience even for the youngest ones

As mentioned above, many projects in the field of robotics are ideally suited for beginners and thus also for young tinkerers. With the right kits and detailed tutorials, they can easily construct an autonomous robot themselves. With the extensive hardware assortment from Berrybase, you have all the necessary ingredients for your first experiments at your disposal. It has long been proven that many teenagers take great pleasure in such technical projects. But sometimes the whole thing even offers added value that goes beyond the fun factor. By introducing children and young people to the Internet of Things phenomenon through selected projects, they develop an understanding of robotics and possibly discover their passion for modern technologies in general. The knowledge acquired in the course of the first projects can then be deepened in a targeted manner - at school or at home. Who knows - maybe the fascination for this exciting field will even lead to a professional career in IT, mechanical or electrical engineering? One thing is certain: The technology sector is naturally one of the most promising professions there is. Anyone who has an affinity for innovative technologies can play an active role in shaping the future.